Bog-wood, also known as abonos and morta, especially amongst pipesmokers,[1] is a material from trees that have been buried in peat bogs and preserved from decay by the acidic and anaerobic bog conditions, sometimes for hundreds or even thousands of years. The wood is usually stained brown by tannins dissolved in the acidic water. Bog-wood represents the early stages in the fossilisation of wood, with further stages ultimately forming jet, lignite and coal over a period of many millions of years. Bog-wood may come from any tree species naturally growing near or in bogs, including oak (Quercus – “bog oak”), pine (Pinus), yew (Taxus), swamp cypress (Taxodium) and kauri (Agathis). Bog-wood is often removed from fields and placed in clearance cairns. It is a rare form of timber that is claimed to be “comparable to some of the world’s most expensive tropical hardwoods” 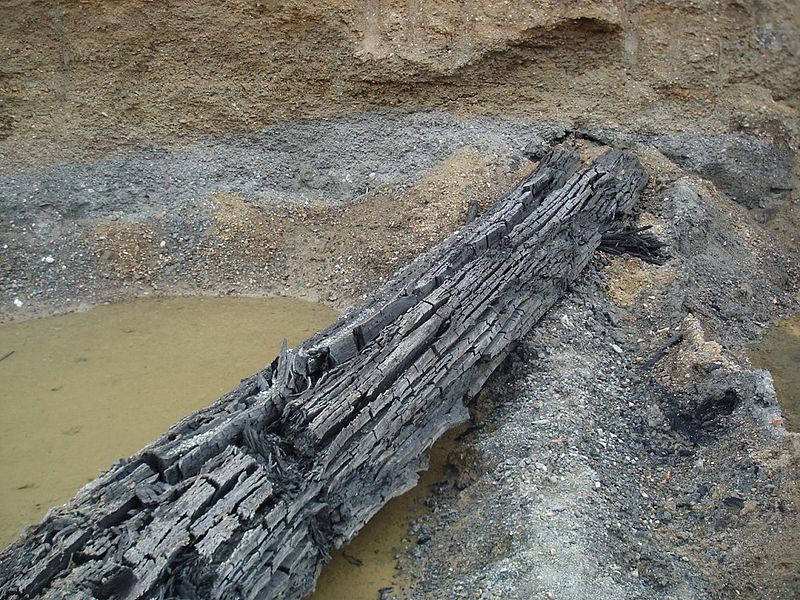 The majority of pipes sold today, whether handmade or machine-made, are fashioned from briar (French: bruyère). Briar is a particularly well suited wood for pipe making for a number of reasons. The first and most important characteristic is its natural resistance to fire. The second is its inherent ability to absorb moisture. The burl absorbs water in nature to supply the tree in the dry times and likewise will absorb the moisture that is a byproduct of combustion. Briar is cut from the root burl of the tree heath (Erica arborea), which is native to the rocky and sandy soils of the Mediterranean region. Briar burls are cut into two types of blocks; ebauchon and plateaux. Ebauchon is taken from the heart of the burl while plateaux is taken from the outer part of the burl. While both types of blocks can produce pipes of the highest quality, most artisan pipemakers prefer to use plateaux because of its superior graining.